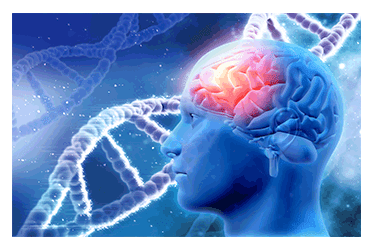 The study, published in Lancet Healthy Longevity, suggests that high levels of cholesterol in middle-age are associated with an increased risk of developing dementia and Alzheimer’s disease.

The retrospective cohort study ‘Blood cholesterol and risk of dementia in a retrospective cohort of over 1.8 million people over two decades’, presented at the 35th International Conference for Pharmacoepidemiology and recently published in Lancet Healthy Longevity provides the strongest evidence so far on the relationship between blood cholesterol and dementia and Alzheimer’s disease.

Conducted by OXON Epidemiology along with the London School of Hygiene & Tropical Medicine (LSHTM) and  the University of Tsukuba, this research suggests that high levels of low-density lipoprotein (LDL) were linked to an increased risk of developing the conditions. While elevated levels of total cholesterol were also associated with an increased risk, this link was weaker, suggesting it is largely driven by LDL cholesterol.

Study lead, Dr Nawab Qizilbash, Senior Clinical Epidemiologist at OXON Epidemiology and Honorary Associate Professor in Pharmacoepidemiology at LSHTM, said: “While the link between LDL cholesterol and dementia and Alzheimer’s disease is modest and found in people followed up from middle age for over 10 years, any modifiable risk factor is welcome for this huge, burgeoning, and devastating disease. Most of the known risk factors are difficult to modify, and convincing evidence that their modification can prevent dementia or Alzheimer’s disease is scarce. Likewise, long term follow-up (> 10 years) of randomized and non-randomized studies are needed to assess if the benefits of LDL cholesterol-lowering interventions – which greatly reduce coronary heart disease – may additionally reduce the risk of dementia or Alzheimer’s disease.”

Lead Author, Dr Masao Iwagami, Assistant Professor at the University of Tsukuba and Honorary Associate Professor in Epidemiology and Population Health at LSHTM, said: “Our study dwarfs in size all previous studies and provides really precise results. In people with cholesterol measured below age 65 the risk of dementia being diagnosed more than 10 years later was about 60% higher in those with LDL cholesterol levels above 200 mg/dL (5.17 mmol/L) compared to those with levels less than 100 mg/dL (2.6mmol/L). The strength of this association is comparable with other modifiable risk factors such as alcohol consumption and greater than for blood pressure.”

Stuart Pocock, Professor of Medical Statistics at LSHTM, said: “Alzheimer’s disease and dementia are devastating diseases for both the individual and their loved ones, which 1 in 6 people over the age of 80 in the UK suffer from. This large study adds to our understanding of how our lifestyle can impact our risk of developing these diseases in later life, and to help inform potential preventative therapies to reduce this risk.”

Dementia prevalence represents a major burden for health and social services. Establishing modifiable risk factors of dementia risk is a global priority. The relationship of blood lipids to the risk of developing dementia has been unclear. Previous research, based on small imprecise studies, suggested that people who have raised lipids in midlife might have a higher chance of developing dementia some 20 years later than people with lower blood lipid levels.

This single largest study by far clarifies the conflicting results of previous studies of the association between various lipid measurements and risk of dementia. It found that, in people aged 40 years or older with a blood lipid reading between 1992 and 2009, LDL cholesterol and total cholesterol are risk factors in middle-age for dementia occurring at least 10 years after the measurement, in a cohort of almost 2 million people followed over two decades in the CPRD database in the UK.

LDL cholesterol should be added to the list of modifiable risk factors for dementia.

OXON is proud to have led this breaking discovery, drawing world media coverage and an accompanying editorial.

Manage Cookie Consent
By clicking on “Functional only”, cookies strictly necessary for the functioning of our service will be set.

By clicking “Accept All”, you agree to the storing of cookies on your device to enhance site navigation & analyse site usage.